Years ago in New York, I met Shawn Waldron and we connected around our passion for art. When he joined Getty Images Gallery as the head curator and reached out earlier this year, we brainstormed on how to work together. Months later, the result is an exhibition of 16 iconic photographs by Slim Aarons. In recent years, the influence of Aarons’ work has been increasingly acknowledged and he is now regarded as one of the most influential photographers of his generation.

Celebrated photographer Slim Aarons’ career lasted half a century (1916-2006) and he portrayed high society, aristocracy, authors, artists, and business icons. Slim was raised in New York and New Hampshire but began his photography career while in the Army and before long was appointed the official photographer of the United States Military Academy at West Point. When war broke out, he was sent as a combat photographer for Yank magazine and saw action from North Africa to the Middle East to Europe, witnessing the fall of Tobruk and the liberation of Rome, and he received a Purple Heart.

After leaving the army, Slim became a freelance photojournalist and through his Yank connections headed for his first civilian tour of duty in Hollywood. Slim photographed the Hollywood elite – Humphrey Bogart, Lauren Bacall, Tony Curtis and Janet Leigh to name but a few.

Slim worked for the leading magazines of the day such as Life, Holiday, Town & Country, Vogue, Harper’s Bazaar and Travel & Leisure, traveling often to attend parties in Beverly Hills or on Park Avenue, spending winters in Gstaad or Palm Beach, summers on the French or Italian riviera or all around the Caribbean. Slim was very much at ease and on familiar terms with the world’s elite and he brought to his portraits a freshness and certain élan that they greatly appreciated.

Getty Images Gallery is passionate about prints and was founded in 1998. They are the only gallery with complete access to the Getty Images Archive, which at 80 million photographs and growing, is the world’s largest commercial collection. Their relationships with Getty Images photojournalists and creative contributors means they can deliver impactful contemporary works alongside vintage classics. Browse their curated sets, or take advantage of their consultation service to find new and unique images. Getty Images Gallery has a dedicated international team who combine custom curation, responsive sales, an in-house darkroom and bespoke production services in a distinct package. For specific inquires to the 16 Slim Aarons works, contact Kipton or view the full catalog with pricing, here. 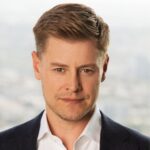 The Art of Selling Real Estate